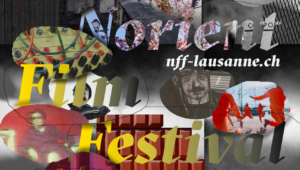 The Norient Film Festival – NFF was founded in 2010 by the ethnomusicologist and filmmaker Thomas Burkhalter and the video artist Michael Spahr in Bern, with its Lausanne counterpart dating from 2016. A biennial festival whose central theme is sound and music in film, the NFF presents a selection of documentaries, ethnographic films, video works and audio-visual experiments that deal with musical phenomena and offer a critical approach to the world of today and tomorrow. The term “Norient” echoes the musical platform norient.com, which focuses on a transdisciplinary approach to globalized as well as localized music, with a community of scientists, journalists, filmmakers, video makers and podcast makers from around 50 countries. Their main objective is to question the dominant currents and create dialogues between people and continents.