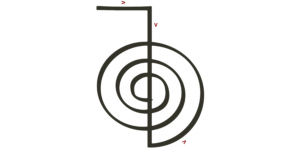 The Swiss artist Anne Rochat has been developing a radical practice of itinerant performance since 2008. Her latest proposition is titled Flu.o, a Laboratoire performance errance (“laboratory of performance and wandering”) consisting of five pieces devised during one year spent wandering the entire globe. This unprecedented artistic project is a poetic expedition that unfolds on three levels, which include two performances in vivo (Messaline and CHRONOS); two filmed and projected performances (Doris Magico Back to the Wall and Hic & Nunc); as well as an ex cathedra performance shown in real time (TOPO). All these propositions are driven by a similar nomadic and contemplative relationship to the world.

The Flu.o journey ends with a performance titled TOPO, projected in real time during 24 hours with a live accompaniment provided by the music of Laurent Bruttin and Ariel Garcia. TOPO is a performance that takes place over 24 consecutive hours, through one of the largest forests in Switzerland: the Risoud forest. This is an unconventional piece, where I will test my endurance by putting myself in conditions of survival. It is an engaged artistic act, that engages with our own Swiss history. Walking means moving forward with respect and slowness, without forgetting to think. Anne Rochat