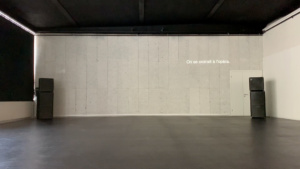 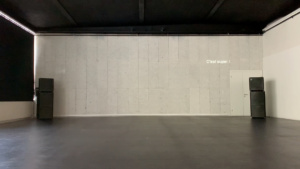 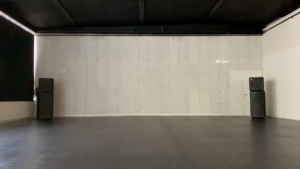 François Gremaud and Victor Lenoble share a serious taste for the offbeat and economical poetry, as well as the absolute conviction that the nicest way to get somewhere is to first take the path that leads there; to go there rather than not to go there. Following their successful first collaboration, Partition(s) – presented in 2018 at the Arsenic and reprised this week on November 4, 6 and 7 – they are keen to continue their exhilarating and impassioned dialogue on creative processes. Following the example of Georges Perec, who considered formal constraints to be a powerful stimulus to the imagination – and who wrote a novel, La disparition, that did not contain a single letter e – they have chosen to make a play without the presence of the key person: the performer. Their ambition is nonetheless to make a funny, simple, moving, poetic and philosophical show.